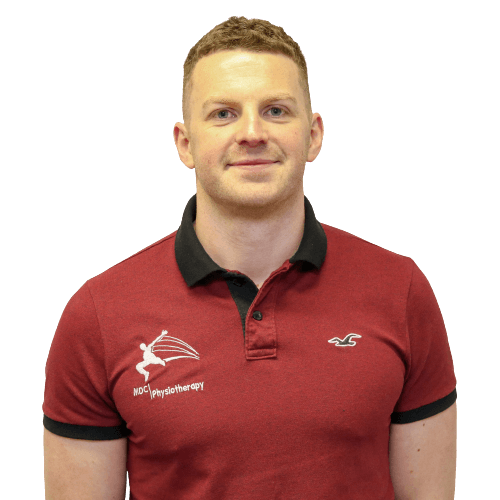 Mark graduated from the University of Bradford in 2011 with first class honours in physiotherapy and quickly established MDC Physiotherapy in early 2012. As the clinic developed Mark returned to education in UCC on a part time basis and completed an MSc in Sports & Exercise Medicine between 2015-2017. In 2016 Mark relocated to the UK on a full time basis to pursue a career in professional sport having previously worked as the Head Physiotherapist with the Laois Senior Football Team, who MDC Physiotherapy continue to support with Sean Gaffney as the lead physiotherapist.

In 2019, Mark and his family returned to Ireland, and in addition to his clinical work at MDC Physiotherapy, Mark is currently the Lead Physiotherapist to the Ireland U17 football team with the Football Association of Ireland (FAI) and works with Sport Ireland, providing physiotherapy services to elite level athletes preparing for major tournaments such as European Championships and Olympic Games.

In 2020 MDC Physiotherapy opened an additional clinic in Meath & in 2021 MDC Physiotherapy Edenderry opened its doors. Mark works across all 3 clinics and bookings can be made via 045 530007 or by booking online.